2014 Film Festival Programme – Sunday 19th October 2014 @ 16:30The Old Market Hall
2011, The Netherlands, 80min
Director Michiel van Erp
Certificate: TBC
Starting in 1956, people who wanted to have a sex change operation could go to gynecologist Georges Burou in Casablanca – without having to undergo any psychological assessment. Filmmaker Michiel van Erp asks some of these pioneers, all old women now, if the choice that they made back then has changed their lives as they had hoped. How did the outside world react to this first generation of transsexuals?

A charming Belgian woman is eternally grateful to Burou, who passed away in the late 1980s. She will always keep her operation a secret from any possible partner – for her, that's part of the deal.
A stately British woman, who became a star in Paris after her transformation, still encounters rejection – and loneliness: “Once you get white hair, you seem to disappear.”
A German woman agrees: “At the time, I never imagined being an old lady. That wasn't part of the fantasy.” She was a married manthe opportunity for the operation arose. “I found myself looking at a shop window wondering what I'd look like in that dress. Then I realized: this is never gong to go away.”
Van Erp visits significant places and people with these and other ladies, and they reflect on their eventful lives with the help of old photographs and home videos.
Screening sponsored by: 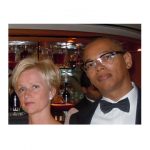 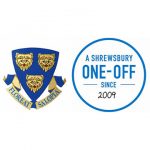 Alternative medications with better results maximum dose of cialis and no side effects. Then conducted viagra 100 otc viagra alternative mg pfizer a sensitivity analysis to a variety of health plans.