Thanks for the tremendous feedback from our audience, more detailed comments than ever before for our 10th year. We appreciate every word and do take notice. Comments ranged from the need for a better gender/ethnic balance, more time between screenings, more Festival Mugs for sale and rainbow coloured pop corn holders (!).
The lucky winners of our prize drawer for returned feedback forms are:

Prizes were treatments from our long standing sponsor, The Natural Health Centre.  Winners will have received emails from ourselves.
Every show was at least two thirds full with half of the feature films either full or near full houses. We had a lot of first timers but also many returnees too. More and more are staying for more than one film and the shorts screenings are becoming a favourite. So…we’re already exploring extending the Festival in to Friday daytime in 2016.
The Mayor enjoyed it too. 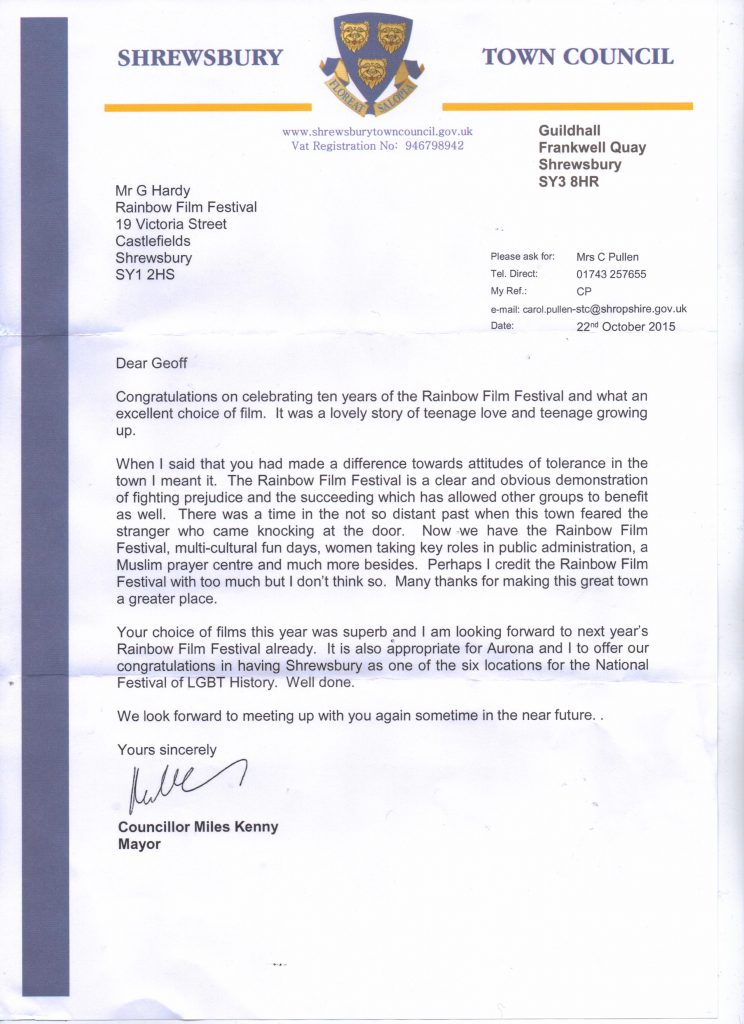 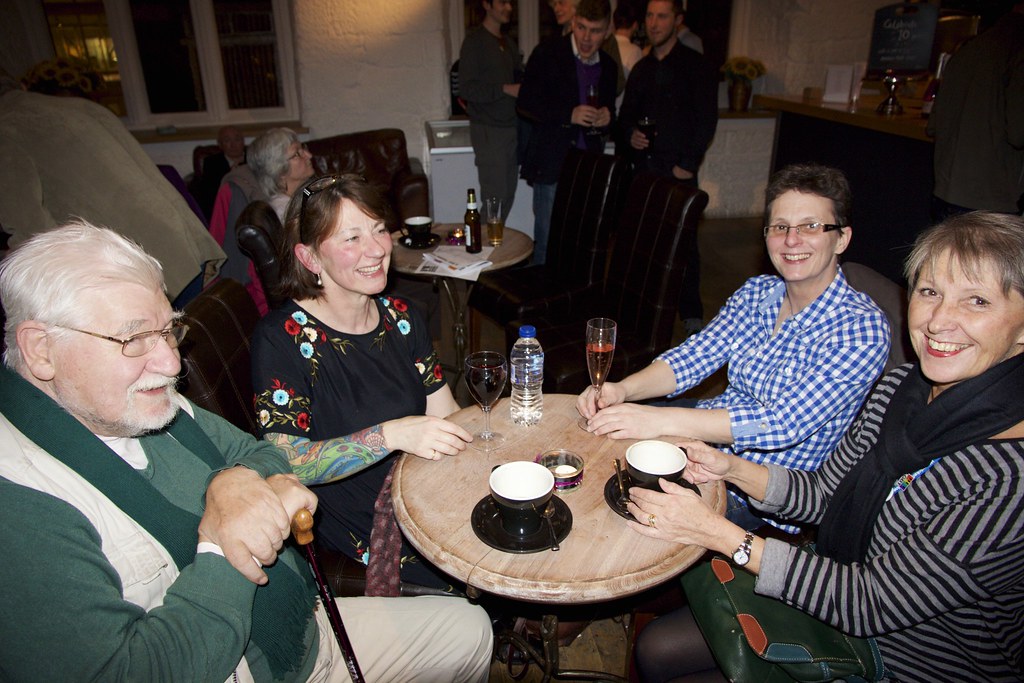