TRIANGLES is an unprecedented, inclusive film that shines an intimate light on a broader community and culture of the Holocaust not previously revealed. The Holocaust was a cruel and inconceivable tragedy. Not only were six million Jews murdered, other groups rarely heard about were also persecuted and killed by the Nazis before, during and after the Holocaust.
TRIANGLES allows victims and survivors who have been left out to tell their stories in their own words. Victims were of other religions, different classes, women and the disabled. Three million Soviet POWS, fifteen thousand male homosexuals, lesbians, transsexual and transgender people, one million Gypsies and two million Poles were also murdered.
Director/Producer Ann P Meredith is herself a survivor of military sexual assault, experimentation, interrogation and torture and realized this moment was a ‘call to action.’
TRIANGLES’ honors those whose lives were taken and celebrates the survivors who endured the deepest suffering, continue to heal and are helping others to heal. Cameras are close-in allowing the survivors’ faces to be the cinematic palette, the visual landscape.
Josef, Eva, Anne, Gabriella, Rudolf, Paula, Al, Regina, Ruth, Chris, Rochelle, Joel, Evelyn, Gabriele, Dorchen, Frieda and Henny’s stories offer a sample of hidden children, work camp survivors, kinder transport rescue mission, sexual abuse and death camp survivors.
Twenty-one months of research unearthed living male homosexual and lesbian Holocaust survivors. Most all men found, sadly could not participate. Still terrorized, deep at risk, they are even now afraid to lose everything if seen and heard, including their lives.
TICKETS – Available through Eventbrite.
We are including two short films in the evening’s programme;
Untold Stories – Astrid Aghajanian was a little girl when Ottoman Empire began it’s systematic destruction of its Armenian population. In this testimony Astrid describes what happened to her father, and how she and her mother survived deportation into the Syrian desert.
Learning from the Past – This ten minute film introduces Holocaust Memorial Day and explains why we commemorate the Holocaust, Nazi Persecution, and the subsequent genocides in Cambodia, Rwanda, Bosnia and Darfur. It is narrated by Imelda Staunton and features testimony from Holocaust survivors Eugene Black and Kitty Hart-Moxon OBE, survivor of the Genocide in Cambodia Denise Affonço, survivor of the Genocide in Rwanda Liliane Umubyeyi, and survivor of the Omarska Concentration Camp Kemal Pervanivić.
There will be short addresses from: The Mayor of Shrewsbury, Cllr. Ioan Jones, Peter Roscoe and Steve Cunningham.’


This screening is supported by Film Hub North West Central, proud to be a member of the BFI Film Audience Network 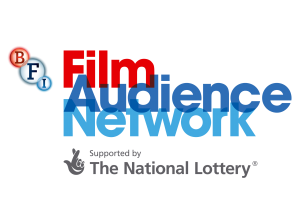