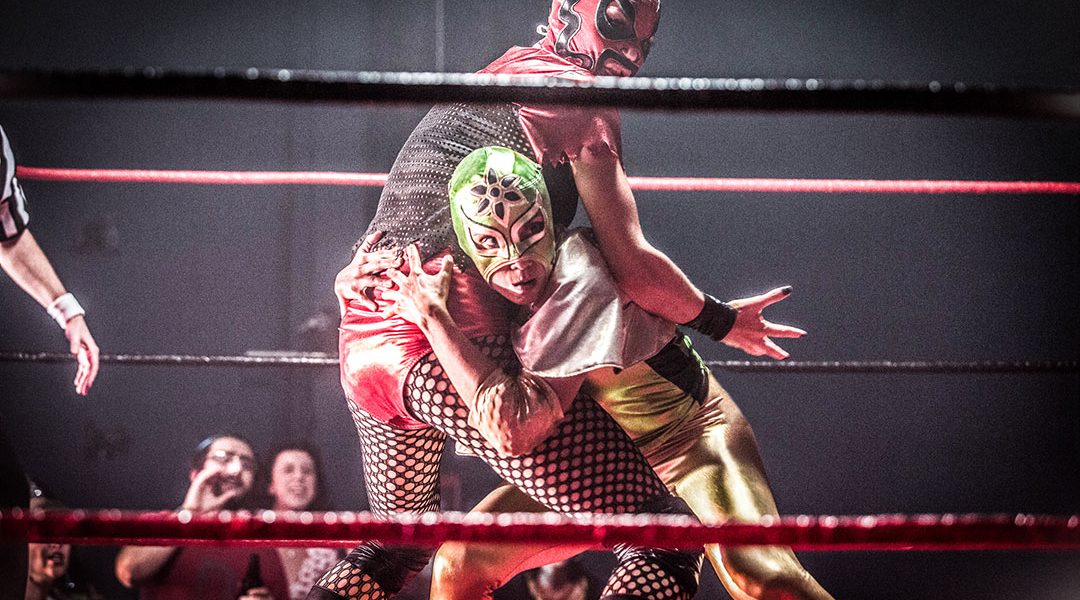 The screening will be followed by a Q&A with writer/actor/producer; Fawzia Mirza and co-writer Lisa Donato

Signature Move is a hilarious and heartfelt look at modern families and the complexities of love in its many forms. Zaynab is a thirty-something Pakistani, Muslim, lesbian lawyer living in Chicago who begins a new romance with Alma, a confident and vivacious Mexican-American woman.

Zaynab’s recently widowed mother Parveen has moved in and spends her days watching Pakistani TV dramas while searching for a potential husband for her only daughter. Alma’s mother, Rosa, is a former professional Luchadora which Zaynab finds fascinating as she has recently taken up lucha-style wrestling training with a former pro wrestler, Jayde. Zaynab tries to keep both her love life and her wrestling a secret from her Muslim mother, who knows more than she lets on.