Amanda awakes from a one-night stand with woman she can’t get away from quickly enough. Her gay friend Nick calls telling her his mother is paying a surprise visit, bringing her Victorian values with her. Will Amanda play along and bury her pride by pretending to be his girlfriend?

When A Man Loves A Woman (Trailer) from Earnest Hemingway Films on Vimeo. 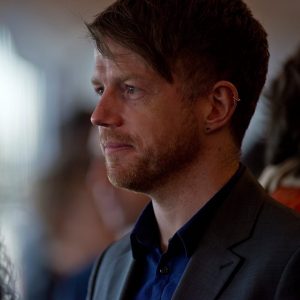 Charlie directed the Iris Prize winning short Middle Man, which earned him a BAFTA New Talent nomination. When A Man Loves A Woman allowed him to work with Oscar winning sound mixer Richard Pryke. In 2016 he completed a creative residency teaching an introductory film making course. Charlie has judged the International and Best Actor competitions at Iris Prize Festival and has expanded into curating short films as a partner of Blueprint – Scottish Independent Shorts. He is currently working an various projects.