1997 China is a place of transitions. Control of Hong Kong has just returned to the mainland. Western values are beginning to impact traditional Chinese values.
At this time, 11-year-old Qingqing is also in a place of transition. On the cusp of adolescence, she lives with her mom in the peaceful city of Wuhan. Her father, who works in Shenzhen (China’s first special economic zone) comes home only once a month. Qingqing and her friends are beginning to discover the opposite sex, and each other.

When Qingqing discover her mom’s oddly close relationship with a female friend, she starts stalking them, only to discover a secret that will unravel her peaceful family life, and all her burgeoning conceptions about love, sex, and female desire. 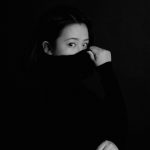