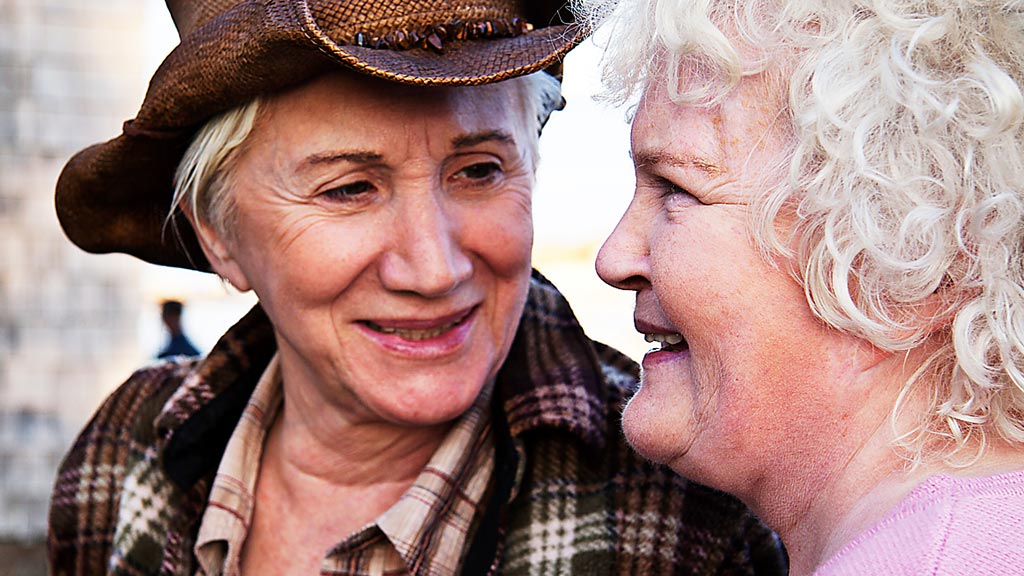 Cloudburst is a romantic comedy road movie starring Oscar winning actors, Olympia Dukakis and Brenda Fricker, as Stella and Dot, an elderly couple who have been together for thirty one years. Stella rescues/springs Dot from a nursing home and drives her from the US to Canada, so they can get married and so evade Dot's prudish and controlling grand daughter, Molly, played by Kristin Booth, who believes that the best place for Dot is back in the nursing home. On the way they pick up a sexy young hitchhiker called Prentice, played by Ryan Doucette, who likes to dance! Cloudburst explores life, death and love through the eyes of this strange trio; it's really funny and moving too.

This is a fun film and reminds us that along with the Rainbow Film Festival's aspirations to challenge, change and educate we are also very keen to ENTERTAIN. I love the idea of rebellion in older LGBT people plus I want another sight of Prentice's navel (so shallow!)