Karen (Audrey Hepburn) and Martha (Shirley Maclaine) are best friends, fresh out of college and establishing a new private girls’ school. Everything seems to be working out – until some of the pupils overhear an argument where Martha’s Aunt Lily accuses her and Karen of an “unnatural relationship”. Mary, a troubled and vengeful child, hears the story and tells her guardian grandmother who spreads the gossip further. Soon all the parents withdraw their children from the school and the fight begins.The future of the school is brought into question, and Karen faces losing her fianceé (James Garner).
Based on the 1934 play of the same name by Lillian Hellman, the story is inspired by the 1809 account of two Scottish school teachers whose lives were destroyed when one of their students accused them of engaging in a lesbian relationship, though they eventually won their case. At the time of the play’s premiere (1934) in New York State, the mention of homosexuality on stage was illegal, but authorities chose to overlook its subject matter when the Broadway production was acclaimed by the critics.
Programmed by SpringOut 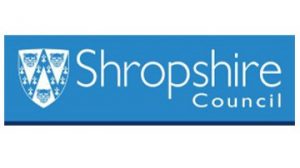