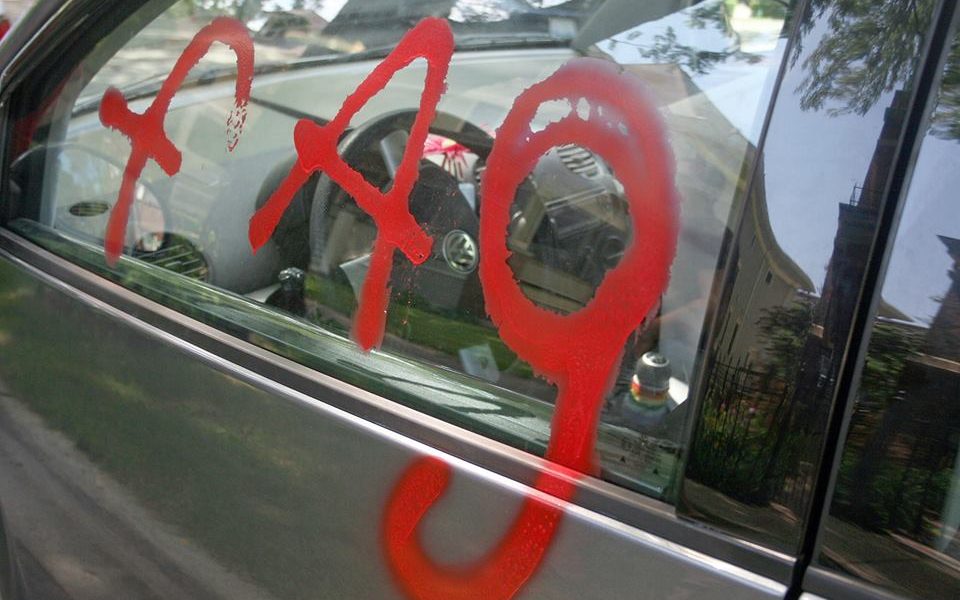 Sunday 17th May 2015 @ 20:00
The Hive
2008, USA, 83 min
Director: Erin Davies
To mark this years International Day Against Homophobia, Biphobia and Transphobia (IDAHOT), Shropshire Rainbow Film Festival are screening the documentary “Fagbug” in Shrewsbury.
IDAHOT is an annual worldwide event with the aim of raising awareness of LGBT rights violations and stimulate interest in LGBT rights work worldwide. The 17th May commemorates the date when homosexuality was removed from the International Classification of Diseases of the World Health Organisation (WHO) in 1990.
Fagbug is a documentary following Erin Davies and her VW Beetle.
On 18th April 2007, Erin found the words “fag” and “U R gay” spray-painted on her car window and bonet due to her car sporting a rainbow sticker.  In response, Erin decided to embrace what happened by leaving the graffiti on her car, putting her studies on hold and embarking upon a video-documented 55,000 mile (89,000 km) journey through 41 U.S. states.
Tickets are available through Eventbrite. £5/£4 concession.

Also occurring on IDAHOT in Shrewsbury:
Peter Scott-Presland, author of “Amiable Warriors, Volume 1: A Space to Breathe, the story of the gay pioneers who founded the Campaign for Homosexual Equality, 1954-1973″ will be in Shrewsbury during IDAHOT (International Day Against Homophobia and Transphobia), on the 17th May, for a book reading and signing.