Following the death of his wife, a depressed father discovers that his son is gay and confronts him with explosive consequences. 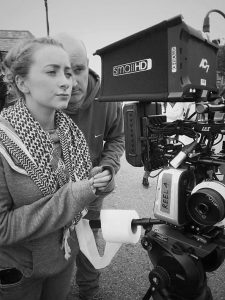 Katie is a Kent based Writer and Director.
Crossroads was her first short film that she wrote, directed and produced and it is currently doing its festival run at the moment having already won one award so far in New York.
Katie’s main interest in filmmaking is creating emotional and important stories that need to be told, which was why she was so passionate about Crossroads being made. Katie currently has various other projects she is working on for late 2015 to early 2016 which she is very passionate about.