Meet JONO! What’s the difference between DRAG and TRANNY? What’s the unique inspiration behind his look? And what does being a drag queen actually feel like? He’ll exlain it all…
From a series of short films featuring “Sink The Pink”, set around East London’s queer night Sink the Pink.  The six vignettes pull open the glittered curtains to dispel the myths around drag, reveal the big-hearted personalities, saucy secrets and riotous family at heart of London’s most uplifting queer night. 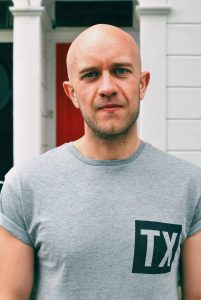 On graduating from the prestigious University of Salford Media School with a first class degree Craig cut his teeth in the filmmaking field working across a slate of high profile television dramas. His portfolio includes multiple series of Spooks for BBC One, Law & Order: UK for ITV and a year at EastEnders. Craig then advanced to the commercial arena by working at The Mill, one of the worlds leading visual effects companies. He worked across numerous award winning commercials and alongside some of the worlds leading filmaking talents whilst also directing and producing his own work. In 2014 Craig became a full-time director of promotional films, online content and music videos. In the UK craig is represented by Dogfella.