BULLS focuses on a current taboo within sport, homosexuality players.
The short film explain the reason as to why gay men moved from ‘traditional’ rugby leagues in favor of gay rugby tournaments.

Through interviews with the rugby players, BULLS try to break the stereotypes society has of the gay world, about the absence of openly homosexual players in sports teams and the idea that gay men don’t take on sporting roles because they aren’t manly enough. Rugby, along with its ‘matcho’ connotations, is a suitable sport to help break the gay stereotypes. 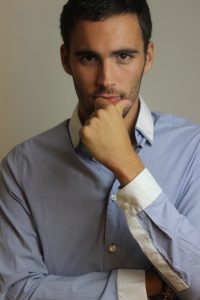 Joan Montesinos, 25, is graduated in Audiovisual Communication from the University Jaume I (Spain)

“BULLS” is his first documentary short film and, at the moment, is competing in more than 10 International Film Festivals in 4 different continents and has been screened in special LBTG events. The project has been done for Abel Mingarro, Liam Wycherley, Paloma Blanco and Néstor Montesinos.

His next project, “Butterflies” features Josh Barrientos and Jason Smith.