Alex feels attracted to Samuel, and even though his best friend warns him he has a girlfriend, something makes him think he is not that indifferent.

Weird is who´s not weird- Trailer from Cristopher Carballo on Vimeo. 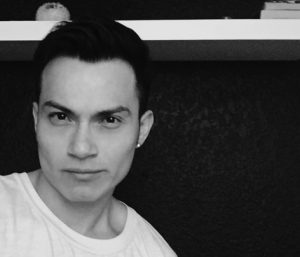 Carballo Lerma began his formation at the theater school of the University of Veracruz.
His first work as a director was a shortfilm called “Presente” in 2006 which has won several awards. His second shortfilm “Sopa de Soldaditos” was the official seleccion of various Film Festivals around the world like Chicago, Toronto, Madrid and Rotterdam.