New Year’s Eve 1999 finds college-bound Clark and Trevor concerned about the future of their friendship, and a request for Clark to be Trevor’s wingman ensures things will never be the same again. 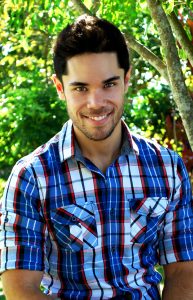 Leandro Tadashi was born in a Japanese-Brazilian family in Manaus, the biggest city in the Brazilian Amazon area, and studied in São Paulo, where he did his undergrad in Film and TV Production at the University of São Paulo. After college, he worked as a writer/director and a production designer. He designed short films, commercials, and two TV series, one of which aired on Warner Channel Brazil. Two $30,000 grants financed two of the short films he directed. The first one, a 15-minute movie called “Encanto” (Enchanted), was shot in 35mm and released in 2006. The second, “Naiá e a Lua” (Naiá and the Moon), based on an ancient myth from the Amazon Rainforest, was released in 2010, and was screened in over 60 festivals worldwide, including the prestigious Clermont-Ferrand International Short Film Festival in 2011. Currently, Leandro lives in Los Angeles, where he’s an MFA candidate in the Film and TV Production Program at the School of Cinematic Arts at the University of Southern California. In LA, he has directed the LGBTQ-themed short films “Absent” (2013), and “Tomorrow” (2014). He’s just finished his new short film “Bá”, shot in São Paulo, Brazil, to be released in 2015 again with funds from two government grants. He is currently co- directing the feature film “Actors Anonymous”, based on the book by James Franco of the same name, and produced by Rabbit Bandini Productions.