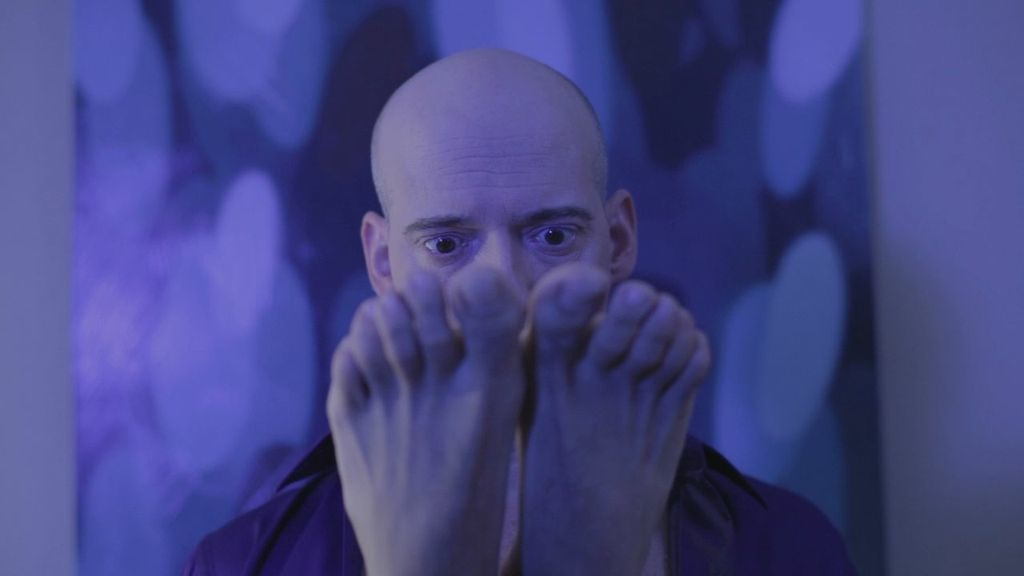 Nathan (Jeff Sumner), a recently-single but conservative English teacher, tells his best friend Zach (Jason Boegh) about a one-night stand with a hot Latin man (Claude Knowlton) who pushes his limits in the bedroom. Based on actual events, Nathan struggles through the encounter when the man blurts out a clever name he has for a certain part of his anatomy.

“I’m sorry…your WHAT?” is Nathan’s response to the naked man laying before him after he calls a part of his anatomy a very special name. I wish I could take full credit for writing this moniker, but in fact this really did happen to me in three very awkward sexual experiences I had years ago. In creating the short sex-comedy “Dirty Talk”, I wanted to write a funny piece that was quick, witty and character-driven that captured the ridiculousness of a sexual encounter of two mismatched people. This movie is dedicated to anyone who does not always have “porn-perfect” sex and who can’t wait to tell their best friend about the hideousness they just encountered. The moral of the story is: be careful what you say in the bedroom…because it might very well end up in a movie.
Dirty Talk Festival Screenings