It’s the early 90’s and Andrew, who lives on an East-London council estate, has become obsessed with his neighbour Jo. Andrew is exploring his identity and is in search of guidance. Jo spends much of her time alone, protecting herself from the outside world. One day Andrew decides to follow Jo, determined to be the centre of her attention one way or another. He succeeds, but things don’t go the way he expected. 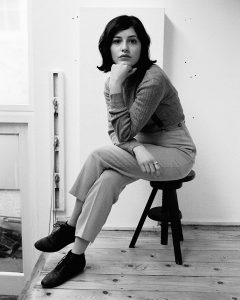 In 2012 Siobhan was awarded training with the BFI under their Future Filmmakers scheme, involving intensive training in Warsaw, Poland. In 2014 Siobhan was announced as a finalist in Pretzel Films Talented New Directors competition making the final 5 out of 700 UK based Directors. Siobhan was also long listed for Film London’s Microwave Feature Film Fund with her debut feature script and has subsequently completed a year long talent development mentorship. In 2016 Siobhan received unique sponsorship from Barking council to run film workshops across the borough, as well as a year long archive project with Screen Heritage. Siobhan has a reputation for creating unique work that focuses on people and places within the margins, this based on her own personal sense of belonging. Siobhan has a believe that often the most exciting stories come from the most unexpected places.