Growing up in 1950s England in an intolerant and uninformed world, young Chris Winters struggles to fit into the gender roles dictated by wider society.
A more than tough childhood left behind, Chris meets dream woman Julie, and life lightens a little, but the growing feeling that theirs is a life half lived haunts Chris. Endlessly imagining what might have been, Chris is finally struck by the realisation that for some decisions there is no right answer, and that it’s those that truly define us. 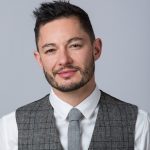