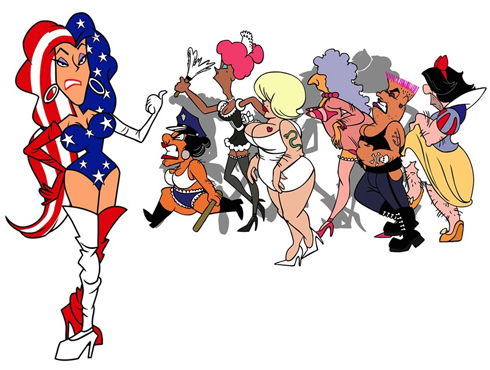 “Now you have heard about GAY rights. In ’69, the Stonewall Riots? Well if we’re all created EQUAL, well honey, that’s us too!” From TDA Animation’s animated short film, Sufferin’ Till You’re Straight; a comedic history lesson of the LGBT community’s long struggle for equal rights in the face of both social bigotry (The Westboro Church), and the hypocrisy of the Anti-Gay American politicians caught in political (sexual) blunders

Sufferin’ Till You’re Straight, an official selection of the 2013 NYC Independent Film Festival, the Shropshire Rainbow Film Festival and the 2013 DC Shorts Film Festival, was voted by The ADVOCATE Magazine one of the reasons to celebrate PRIDE in 2013!