Little Elephant is a film about love over three generations. Rahila, a gay mum reflects on her severed relationship of 6-years with her dad. Elsewhere a father, Ravinder reminisces about the things he used to do with his young daughter. The film ends with Rahila anticipating introducing her daughter to her dad. Little Elephant is set within a British South Asian family in the West Midlands in contemporary Britain.
Little Elephant was commissioned and produced by Bobby Tiwana; with script by Carl Miller. 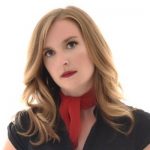 Kate Jessop is an award-winning filmmaker whose work spans across animated shorts, promos and artist’s film and video. She has exhibited extensively internationally, undertaking artist residencies in Berlin, Reykjavik and Manchester. Her work has been described as “magical”, “showing true heart” and “an old soul, full of youthful innovation”.