A young woman who questions her sexuality after her first one night stand with another woman. 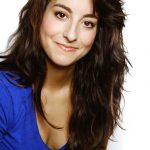 1Z0-068 Jenna Laurenzo is a graduate of Carnegie Mellon University. She created the web series Parker & Maggie and the pilot presentation Water with Lemon, before working as digital producer for Bravo’s Watch What Happens Live. She made her directorial debut with her ten-minute short film, Girl Night Stand, which screened at festivals around the world, and then was released online where it went viral having well over 2 million views. Most recently, Jenna wrote, directed, and starred in her first feature, Lez Bomb, which is currently in post-production. Lez Bomb was executive produced by Bobby Farrelly and Sprockefeller Pictures. Jenna’s upcoming projects include a feature in development with Depth of Field Productions. Jenna’s represented by Brillstein Management Partners.